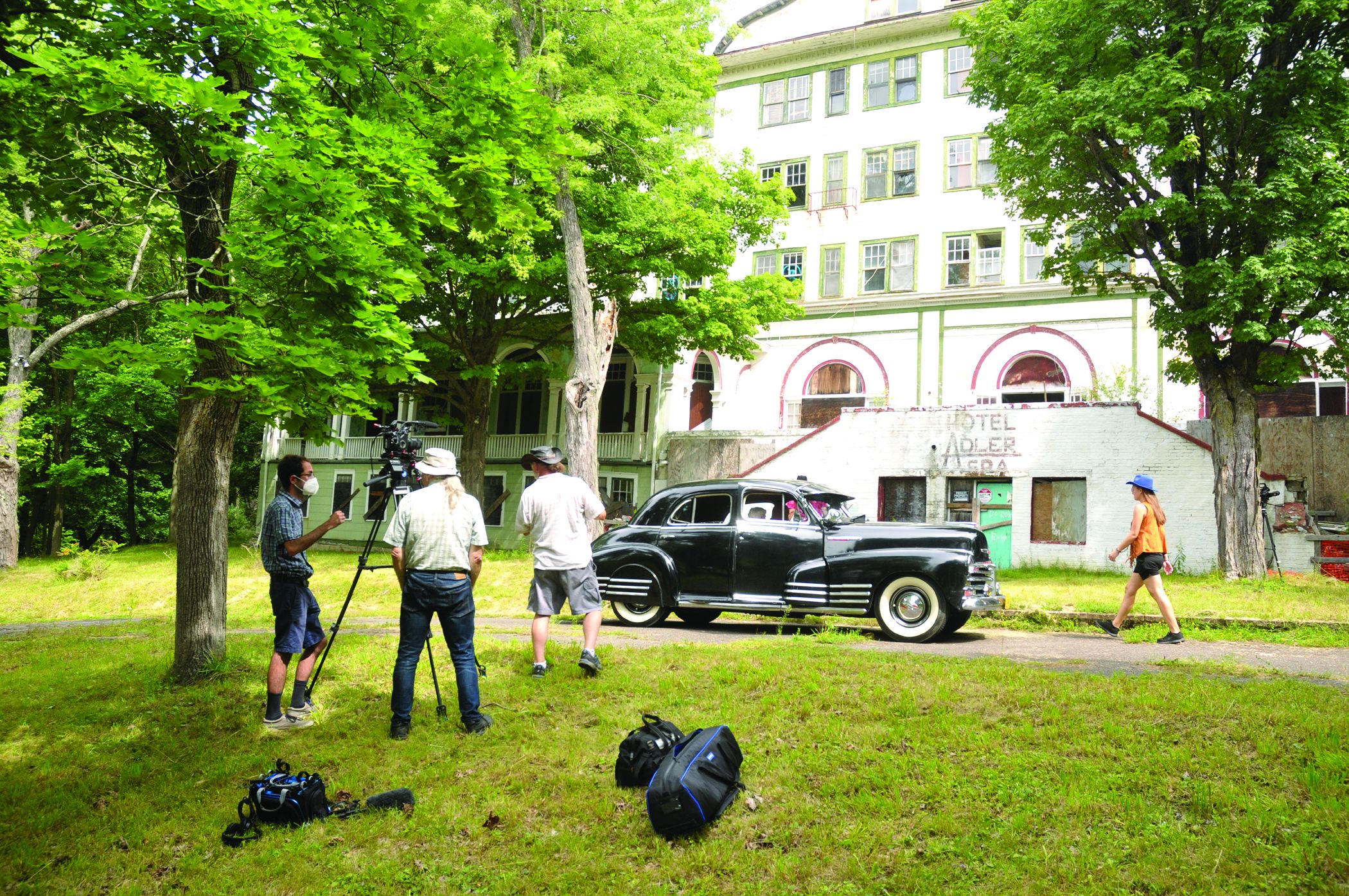 “Is this the Adler?” asked the elegantly dressed older couple who pulled up in front of the once-grand Sharon Springs hotel Thursday in a shiny and spotless black Chevrolet Fleetline.
“It is,” answered the couple from the porch, dressed in shorts and sandals.
“But it’s 2020.”
And the couple in the Fleetline?
They were looking for 1920.
That’s just one of the scenes from “History on the Road,” a TV series director Don Rittner hopes to market to film festivals, PBS, and the History, Discovery, and Travel Channels.
The show’s first three pilots will feature the Great Western Turnpike—Route 20—and Mr. Rittner and his crew spent several days shooting locally, beginning in Esperance before moving to Sharon Springs and then on to Cherry Valley.
Almost everyone likes history, Mr. Rittner said, as long as you can make it interesting, and what better place to start telling New York’s stories than the second oldest turnpike in America.
“What we try to do with the show is give people stories or a local mystery to solve,” he said.
In Esperance, it was the story of the Esperance Witch that drew the crew’s attention and Mr. Rittner and actress Justyna Kostek stopped by the Esperance Museum to learn about the woman murdered by villagers in the mid-19th century with a silver bullet shot through her head.
In Sharon Springs, they shot scenes in front of the Imperial Baths and at the Adler and Michelle Curran’s Stone House.
“There is so much history in Sharon Springs that it was a natural place to film, Mr. Rittner said. “You start with the springs and the Native Americans and then the spas and now today…There’s just so much to explore.”
Episode three was shot in Cherry Valley—stops included the Tepee—and the mystery was that of the eerie story of 20-year-old Mary Lathara’s stone baby.
Filming even a story like that isn’t nearly as glamorous as it sounds; Thursday at the Adler it was a lot of hurry up and wait, running lines, and slating shots.
But it’s always worth it in the end, Mr. Rittner said.
A native of the Capital District, Mr. Rittner is the former Schenectady Film Commissioner and brought several movies and TV shows for local filming.
He’s also written and directed historical documentaries and is the author of more than 50 books, and his 2019 feature film “Karen or Bust,” has been recognized in five film festivals to date.