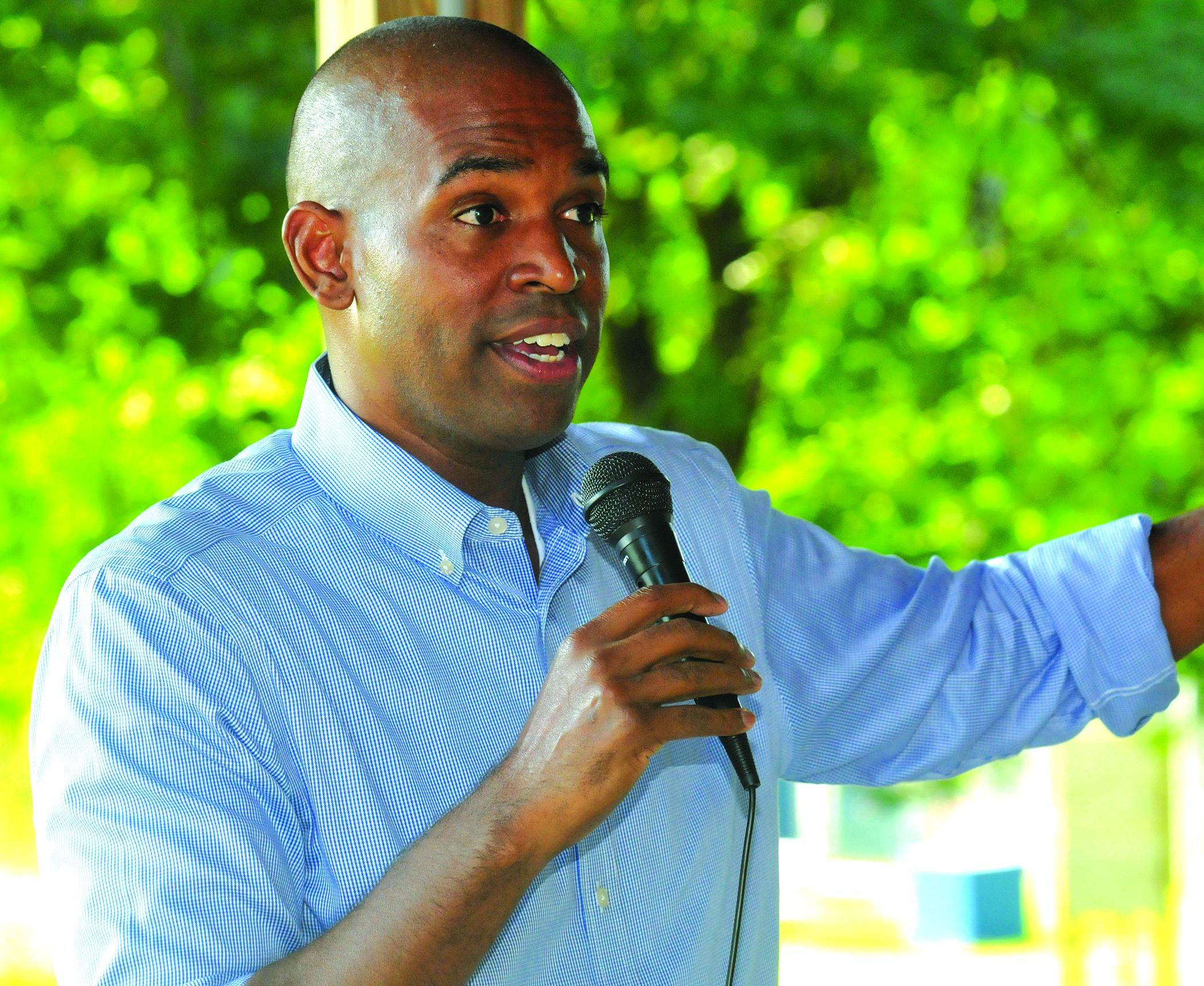 At his 63rd Town Hall, Congressman Antonio Delgado took questions on infrastructure funding, the Census, and closing Guantanamo Bay.
But the event’s longest exchange came as Maryann Pietromonaco of Fulton pressed the two-term Congressman on the United States’ withdrawal from Afghanistan.
“Do you support the act of leaving Americans behind?” Ms. Pietromonaco, retired from the New York Police Department with friends and family in the military, asked.
“We never leave Americans behind. This is a kick in the groin to all of us. What are you doing?
“A lot of our beliefs in our government are being washed away. Why are you here at a Town Hall instead of in DC?”
He was there, at Schoharie’s Fox Creek Park, to hear from people like Ms. Pietromonaco, Congressman Delgado said.
And he has his own questions and concerns about decisions made in the final evacuation of more than 120,000 Americans, Afghans, and others.
In remarks Tuesday, President Joe Biden said there are 100-200 Americans who remain in Afghanistan, most of them dual citizens, and he promised “We’re going to stay to get them all out.”
That’s not good enough for Ms. Pietromonaco and it wasn’t good enough for Congressman Delgado either.
“I agree. It doesn’t compute to me as an American,” he said. “It’s hard to wrap my mind around the idea that there are still Americans there. It’s a very, very hard pill to swallow.”
Ms. Pietromonaco continued to push for better answers and more of a strategy; it’s not a Republican or Democratic issue, she said, and she’s no longer affiliated with either.
“How do you expect anyone to have faith in our government?”
That’s a question Congressman Delgado said worries him too.
“If we stop believing in democracy…you start looking for alternatives. You become more tribal,” he said.
“That’s where we are right now. It’s not a left/right thing. It’s a ‘Where the hell are we now?’ thing.”
More than half of the crowd of about 50 were members of LiUNA—the Laborers’ International Union of North America, who stressed the importance of the September 27 vote on the $500 billion federal Bipartisan Infrastructure Deal to jobs and the economy.
It’s all critical, Congressman Delgado said; only things like jobs, roads, affordable housing and adequate broadband are going to help turn around Census figures that show dramatic population losses throughout his district.
“There is no one size fits all,” he said, pointing to the challenges faced by agriculture.
“When you think about the demand down in the City…COVID has made it clear that people want to know where their food comes from. We need more localized, more regional approaches.”
Sue Spivack of Cobleskill pressed the Congressman on closing Guantanamo Bay; others at the Town Hall asked about cryptocurrency.