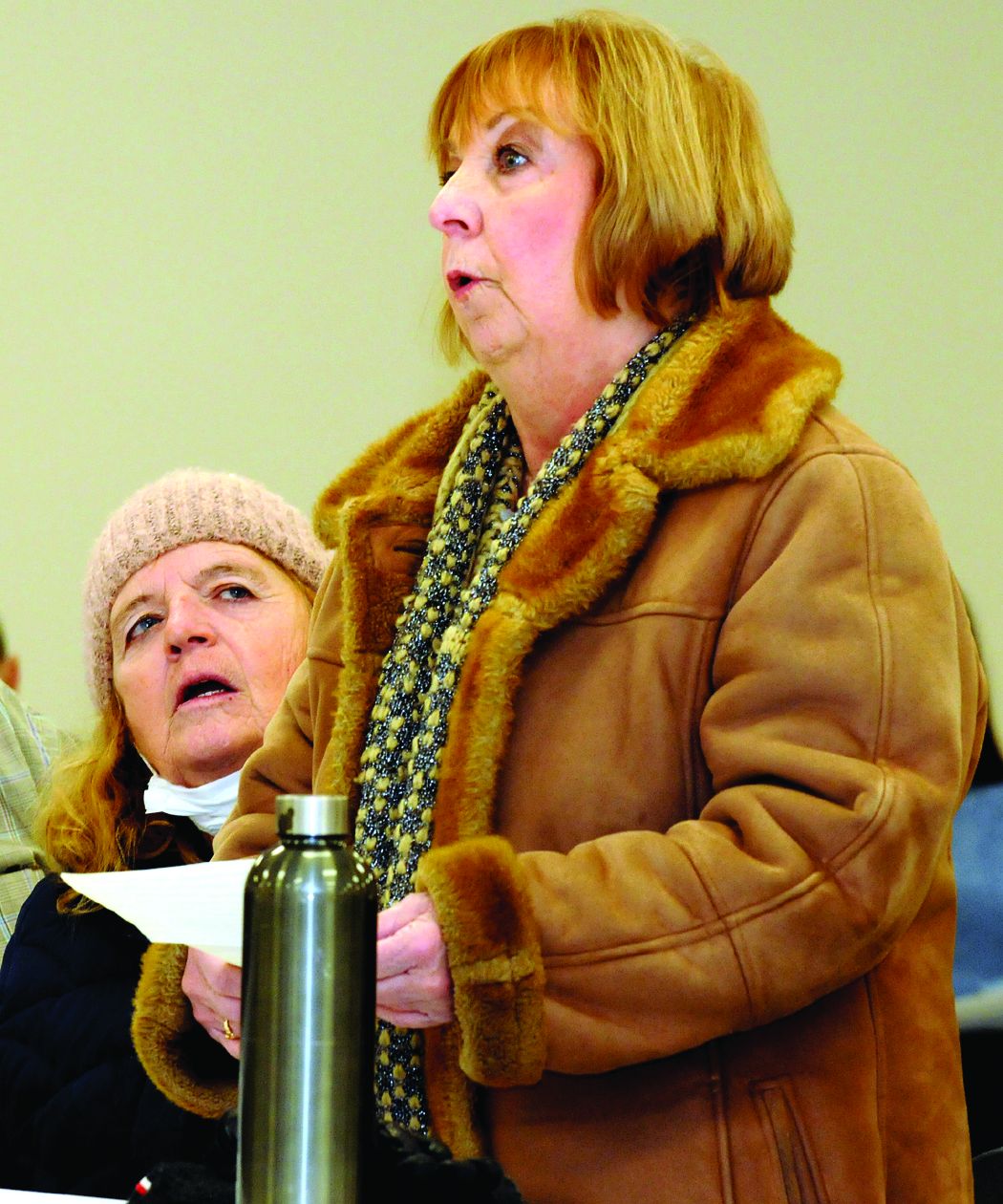 Borrego Energy reps can expect to be in the hot seat when the Town of Middleburgh holds its second—and final—hearing on wind.
More than 50 neighbors packed Thursday’s hearing to protest the plan to put two five-megawatt wind turbines on Lawton Hollow Road.
Both the turbines and a tower to measure wind—MET--are on hold for at least six months while the town and the Planning Board study the project’s implications; last Tuesday the Planning Board denied Borrego’s application for the MET.
Neighbors’ concerns remain unchanged; among them that the turbines will impact their property values, that wind turbines have a history of failure, and that they’ll kill Middleburgh’s viewshed—and its economy.
“Speaking with a local realtor, who was supposed to be here to speak…they’ve already lost five clients,” because of the project said Tony Anderson.
Gus Wade, one of the most vocal opponents, said despite a website that claims to welcome comments and questions, “I have sent numerous emails, emails, emails, and not once have I received a reply.
“If this is any indication, I think we’ve done the right thing and shut them down and told them to go pack,” he said.
“Where is the plan? There is no plan,” added John Jeremanko.
In fact there’s no plan to shut down--just a six-month moratorium that could be extended to a year to study Middleburgh’s land use laws as they relate to wind.
With the application for the MET denied, that could be moot.
Or, as Borrego has done in the Town of Schoharie, after its plans for a five-megawatt solar project were rejected in part because it didn’t fit with the Comprehensive Plan, it could mean a lawsuit.
After opponents asked why Borrego only attends the Planning Board meetings and not Town Board meetings or public hearings, Supervisor Wes Laraway offered to collect questions and concerns and forward them to Borrego before the February 10 public hearing.
Borrego has already asked to be there, he said.
In a letter Mr. Laraway read into the minutes, Bobbi Ryan pointed to more than $65 million in host community payments the New York Power Authority pays locally as part of its FERC relicensing agreement.
“Borrego was asked what the proposed ‘good neighbor payments’ [listed on a flyer] might generate [and] pur questions were met with redirection and eventually answered with “We’re only asking for a wind measurement tower,” Ms. Ryan wrote.
Angelique Piwinski, who spent 10 years as president of the Landmarks Preservation Board in Yonkers and saw the wind permitting process firsthand in Palm Springs, California, read from her own letter warning, “They are the best salespeople in the world. They’ll leave our small, local businesses adust.”
Ms. Piwinski also warned that the infrastructure doesn’t exist to transfer the electricity the turbines would generate, and as others have also cautioned, said when the project is inevitably sold “whatever you’ve agreed to is dust.”