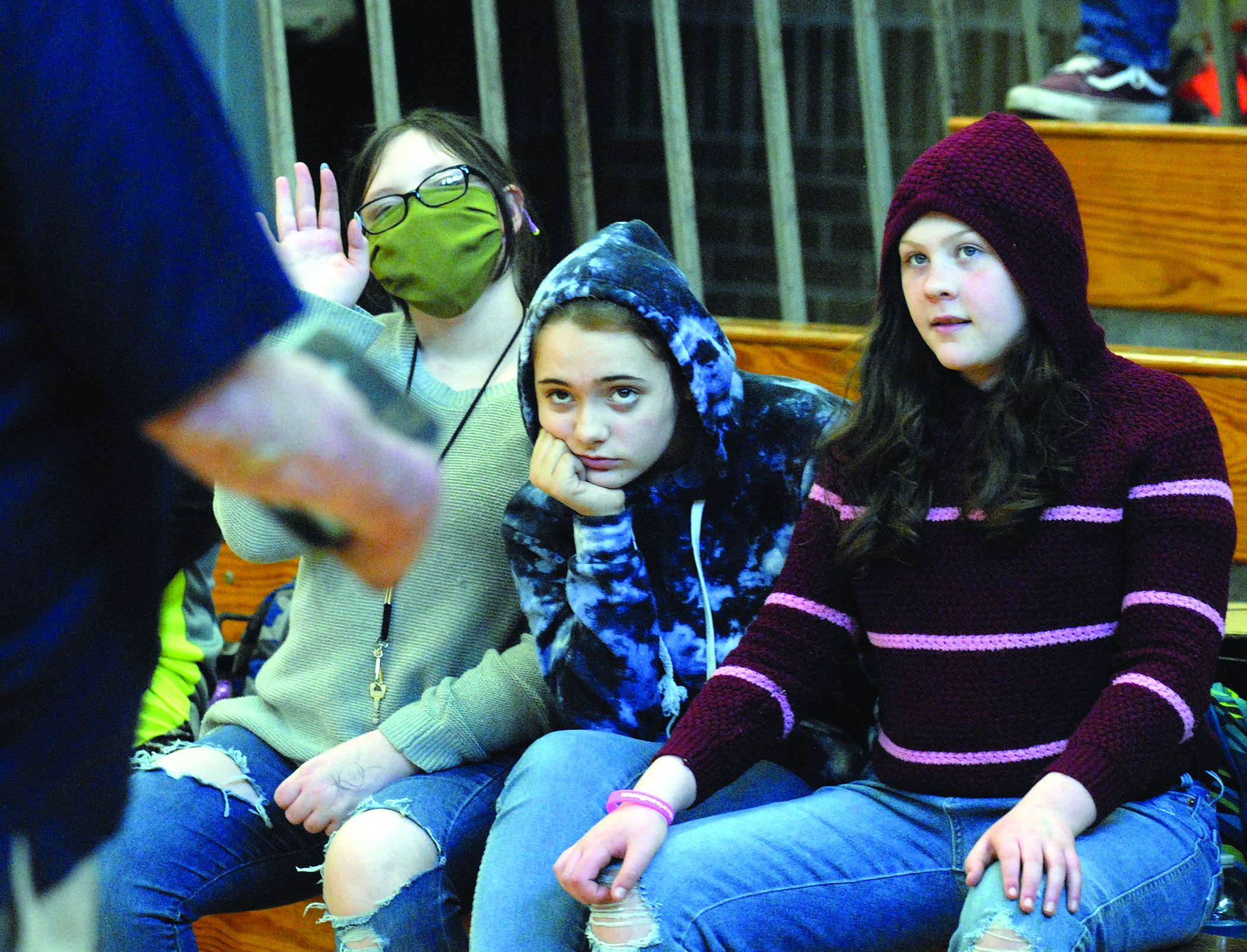 It’s no exaggeration to say there’s no worse time in the school year to bring in an outside program.
Or no better.
Last Wednesday and Thursday, Sweethearts & Heroes made a return visit to Sharon Springs Central School to talk about bullying.
Because of COVID, it had been two years since Tom Murphy, Rick Yarosh, and Pat Fish’s last visit.
But Superintendent Tom Yorke remembered how successful that visit had been and wanted to bring them back before the 2022 year wrapped up.
Through skits, circle time, and just talking, the three members of the Sweethearts & Heroes team helped K-12th graders define and understand bullying and then gave them strategies to help themselves—and each other.
They also met with SSCS faculty.
Wednesday, the team took on the role of super heroes at a series of assemblies; Thursday, they went into the classroom for “Q&A with Rick” and Circles with Mr. Fish.
Mr. Yarosh—Rick—is a retired United States Army Sergeant who suffered second- and third-degree burns over 60 percent of his body after being injured by an IED in Iraq on September 1, 2006.
Because of his injuries, he had his right leg amputated below the knee, and he lost both ears, his nose, multiple fingers and most of the function in both hands.
But, he told sixth-graders students in a not-quite raucous assembly Thursday afternoon in the gym, he’s also a husband and a father.
And pizza?
No pineapple.
Students’ questions ran the gamut, with one asking Mr. Yarosh about his injured hands and whether he can straighten his fingers.
Nope, Mr. Yarosh said—challenging the student to try and it quickly became a game of push me-pull you.
Students also asked Mr. Yarosh about his childrens’ reaction to his injuries.
His 10-year-old step-daughter “Never looked at me any differently,” he said; his two-year-old has never known anything different.
In Circles Thursday, Mr. Fish and students played a version of musical chairs with “silly” questions intended to open up more serious discussions.
Even though it’s the time of year when teachers are prepping students for state-level exams, Mr. Yorke said he thought is was essential to bring the Sweethearts & Heroes back.
He’s glad he did.
“We all benefited,” he said. “These guys are great at tailoring their message to their audience and everyone’s having a hard time now.
“I had students who didn’t want to participate who ended up being a part of the skits and really having fun and others who let their guard down in the Circles. That’s the kind of connection we’re trying to promote.”