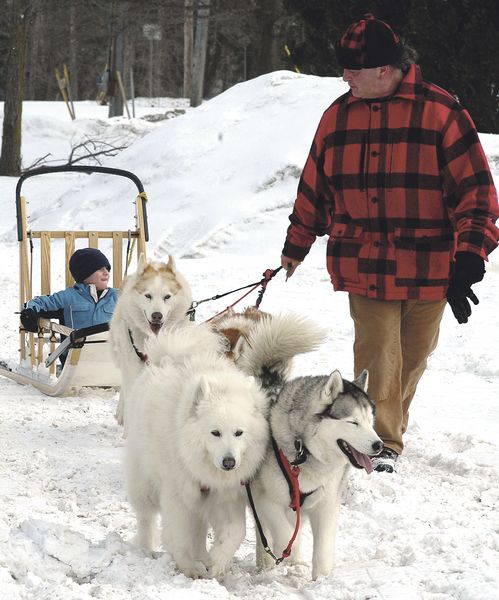 Although the recession hit everyone hard, the Animal Shelter of Schoharie Valley took a double hit:
Too many dogs, not enough money.
Unable to afford their pets, more owners are abandoning dogs and cats as costs are rising to keep the Shelter in Howes Cave open, according to President Mary Romain.
“The money’s going out faster than it’s coming in,” Ms. Romain said last week.
At the same time, she said, the Shelter is struggling to rebuild a dwindling volunteer base to help with fundraising and other tasks.
As the economy worsened, some owners couldn’t pay for pet food or veterinarian bills. One family that lost its house to foreclosure had to drop off two purebred cats, Ms. Romain said.
“Sometimes we get sick pets that people just can’t afford to take care of,” she said. “We get the worst cases, and we have to pay the vet bills.”
Also, food donations, usually constant at the Shelter, have fallen off, although the Wal-Mart Distribution Center in Johnstown has been a steady donor, Ms. Romain said.
“As people’s budgets dropped, they can’t afford to donate,” she added.
The Shelter plays an important role not only in taking in unwanted dogs and cats but also because it’s the clearinghouse for strays from the dog control officers in most of the 16 county towns.
Most of the DCOs don’t have facilities to keep strays if the Shelter is full, Ms. Romain said, adding “We can never say, ‘We’re full.’ ”
The Shelter’s annual budget is $140,000, about a third of which comes from county government. Ms. Romain worries that as costs rise for government, county officials will cut back Shelter funds.
Human services come first, “as it should be,” Ms. Romain said, but a reduction in government help just makes the Shelter’s finances that much more uncertain.
“All of our funding is a question––donations, tax money, memorials that people give,” she said.
Besides appealing to the public for funds and pet food, Ms. Romain is looking for volunteers. The Shelter Board of Directors has only five members, and they need more for event planning, community outreach, fundraising and grant-writing, Ms. Romain said.
“We’re not whining, but there’s so few of us to get things done,” she said.
“We’d like people to be part of the solution. We’re not perfect, but we’re working on it.”
Anyone wishing to volunteer can call the Shelter at 296-8390.
Checks for donations can be made out to Animal Shelter of Schoharie Valley, PO Box 40, Howes Cave, 12092.
In addition to pet food, the Shelter is also looking for donations of kitty litter, bleach, pine cleaner, mops, brooms, dish soap, laundry soap, 33-gallon or larger trash bags, paper towels, dog and cat treats and rawhides. Any can be dropped off at the Shelter on Howes Cave Road, Howes Cave.

Two upcoming events will help the Animal Shelter of Schoharie Valley raise funds for operations; proceeds from Second Chance Sled Dogs rides at Kelley Farm and Garden Saturday also went to the Shelter.
The next event is an antique auction on Saturday, April 4, 6pm at the Holiday Inn Express in Schoharie.
Doug Cater will be the auctioneer.
Anyone with antiques or household items to donate––no clothes, please––should call 424-0132.
The second event is “Dog Days of Summer,” which will be a dog walk and other activities at SUNY Cobleskill on June 13.
All proceeds from both events will benefit the Shelter.