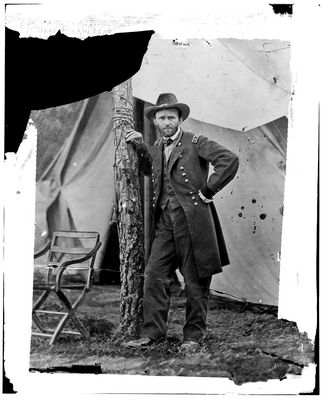 "The Civil War Dead of Schoharie County" will be the topic at the next meeting of the Cobleskill Historical Society.
Local historian Peter Lindemann will discuss his upcoming book "A Crooked Gun," which details the 395 men of Schoharie County who died in the Civil War.
The presentation will take place on Wednesday, March 20 at 7:30pm at the Zion Evangelical Lutheran Church, 615 East Main Street, Cobleskill.
"The simple stories of these local men are enmeshed in an epic national narrative," said Mr. Lindemann.
"As they lay dying on the fields of Gettysburg, Cold Harbor, and Peach Tree Creek, their distraught minds turned to Schoharie County."
One such story is that of Hiram Campbell of Cobleskill, who enlisted January 2, 1864 in the New York Seventh Heavy Artillery.
In the preface to his book "Carnival of Blood," author Robert Keating says of the Seventh Heavy "Of more than two thousand Union regiments, only two others had reported a greater number of men killed in action or mortally wounded...almost all the Regiment's casualties had occurred during their first one hundred days in combat."
Four hundred of those casualties occurred at Cold Harbor, Virginia.
It was there on June 3, 1864, that Private Campbell lay on the battlefield.
The 43-year-old farmer and father of ten had been wounded in the left thigh and privates in an assault on the forces of General Robert E. Lee.
Of that ill-fated charge, Lieutenant General Ulysses S. Grant would later say in his memoirs, "I have always regretted that the last assault at Cold Harbor was ever made."
The assault had begun at 4:30 that morning, lasted three hours, and cost the Union some 7,000 casualties.
The wounded and dead of both sides lay untended between the lines. Two days later, an exchange of communications began between Grant and Lee.
Finally, on June 7, soldiers were allowed to collect their wounded and dead.
"In the meantime," wrote Grant, "all but two of the wounded had died."
Dr. AB Huested recalled in his 1912 regimental history "War Record of Famous Albany Regiment of 1862:" "On the 7th a flag of truce was granted, so that the dead and wounded between the lines might be buried and succored. The ground had been charged over by both armies for two days and the dead and wounded lay on the field during this time. Colonel Porter of the Eighth was killed while leading a charge, and he lay in plain sight of his regiment between the lines. Many attempts to bring off his body failed until a rope was procured, and one man rushed out, hid himself behind the body, while attaching the rope, then rushed back and the body was drawn in."
Hiram Campbell was brought in to the hospital on June 6.
He was ministered to by Rev. John B. Graham of the US Christian Commission, who wrote Mrs. Campbell that he "seemed to be in considerable pain, and talked of you and his children, seemed very much exercised about his soul, and was engaged incessantly in prayer. I talked with him about the Saviour, but had to leave him expecting to see him again in the afternoon.
When I returned, he was not. He had passed out of time, into the Spirit world." The Reverend cut short his letter, explaining, "A long train of dying and wounded men is now coming in. I must assist in caring for them."