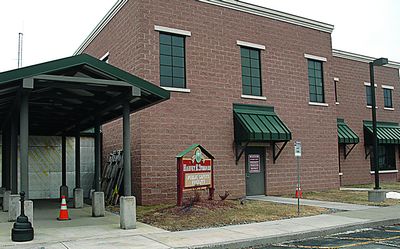 Officials in Washington DC will decide what's next for Schoharie County's jail.
Bill Cherry, the county's flood recovery coordinator, last week appealed to FEMA in Washington to have a new jail built out of the Schoharie Creek floodplain.
Mr. Cherry is optimistic the national level of the Federal Emergency Management Agency will grant the appeal, reversing last year's rejection from the state-level FEMA office.
"I'm 95 percent sure," Mr. Cherry said Monday. "We're not giving up until there isn't anything else to do."
At issue is whether to rebuild the Irene-damaged jail at its present site or build a new one out of the floodplain. Building a new jail is estimated to cost $18.7 million; repairs alone to current jail are estimated at $7 million.
Additional flood-proofing at the jail would cost $7 million, bringing the total repair bill to $14 million.
The state FEMA rejected the county's first appeal because of its 50-percent rule. Ignoring the $7 million for flood-proofing, FEMA argued that the $7 million repair bill was less than half the cost of a new jail--even though the flood-proofing was mandatory.
But Mr. Cherry contended that logic dictates that the jail not be rebuilt in the flood plain, where it can be damaged again.
"There can be no doubt that this building will suffer damage from flooding at some point in the future, and millions more of federal, state and local dollars will be needed to repair the devastation," he wrote in the second appeal. "This cycle could go on for decades. . ."
And now Mr. Cherry has allies to help: Senators Charles Schumer and Kirsten Gillibrand, Congressman Chris Gibson and the state Department of Environmental Conservation.
A supporting letter from William Nechamen, chief of DEC's Floodplain Management, notes that FEMA must comply with state and local codes and not rebuild in the floodplain.
"While building a new facility outside of the flood hazard area will be more expensive in the short run, it will save significant flood damage expenses in the long run and may save lives," Mr. Nechamen wrote.
Mr. Cherry believes the DEC letter provides "rock solid" evidence for building outside the flood plain.
Senator Schumer toured the jail several months ago, and while there "he pulled out his cell phone, called [the state] FEMA office and said, 'What are you guys thinking?' " Mr. Cherry said.
Having the weight of US legislators behind the second appeal will help, Mr. Cherry added.
"This will be decided in DC, where there are people who clearly support us," he said.
FEMA is expected to respond within 90 days, though that's not always the case, Mr. Cherry said. It took the agency 10 months to rule on the Blenheim Bridge.
"I'm hoping it catches quick attention and comes to a quick resolution," he said.
Naturally there's a chance that FEMA will reject the second--and final--appeal. In that case, the county's only recourse would be to sue FEMA.
"That's a question for the Board of Supervisors," Mr. Cherry said, "but I wouldn't recommend it. Talk about David and Goliath. . ."
A rejection means the jail would be rebuilt at its present site for $7 million, plus $7 million for flood-proofing. FEMA and the state would pay the bills, as they would if a new jail were built.
Mr. Cherry said, however, said that the Emergency Management Office, E-911 service, fire coordinator and other key emergency centers couldn't be there.
"Even with flood mitigation, the building would have to be evacuated in a flood, and we'd have no emergency center, like with Irene," Mr. Cherry said. "We'd need another building to house them."
Such a building may cost an additional $7 million to $10 million, he said.